The Children of Lír 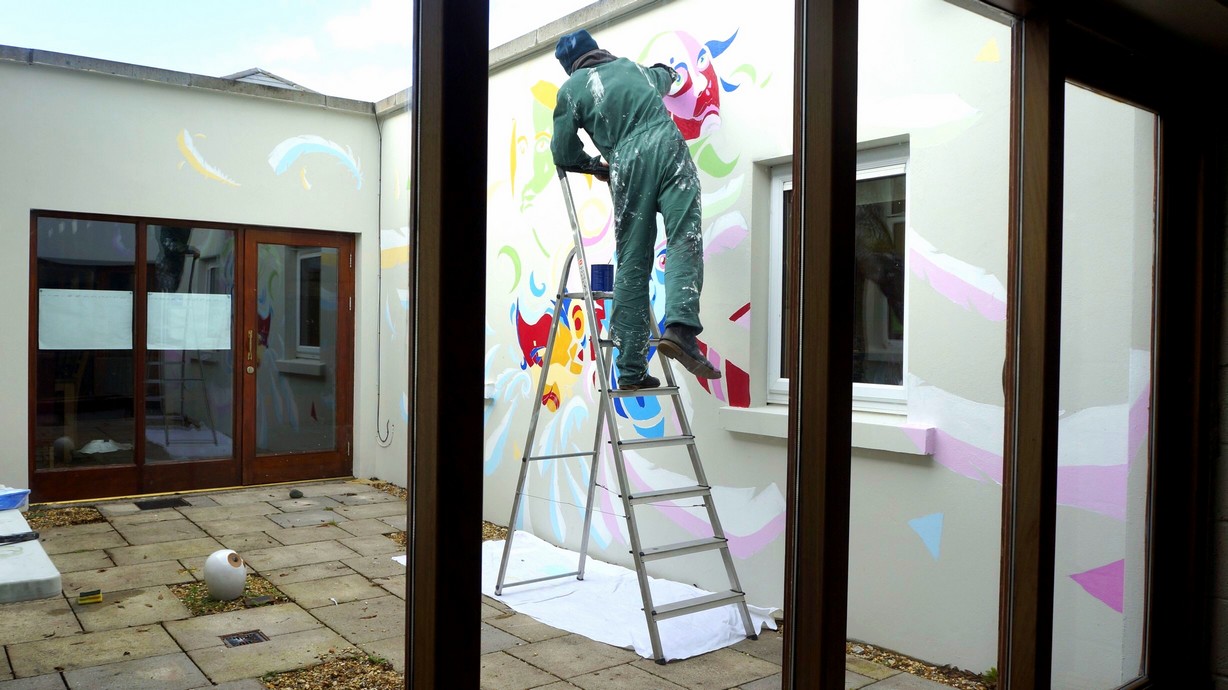 The Children of Lír

I was contacted by Mary Connely, principal of the Caherleaheen National School, Tralee, asking if I would be able to design and paint a mural for the inner courtyard, within the school.

It was an absolute honour to be asked back to my old primary school after all of these years to create a piece of artwork for them.

She wanted to create something that would inspire the children everyday as they walked through the halls of the schools, she wanted a sort of mascot or icon for the students to look up to.

We had a few ideas ourselves but we also wanted to involve the students somehow. So the student council organised for all of the students to send me their drawing suggestions for the new mural. And so that was our base. I looked through each image and gathered some ideas…

The concept for the mural grew from an illustration I had drawn of Cú Chulainn (an Irish mythological demigod, and Ireland’s equivalent to Heracles).

After seeing this, Mary had decided that the mural had to be based off of an Irish legend. Something strong and powerful to inspire the students of the school.  I suggested that we create an image that is more inclusive that just a strong man so we can attract a larger range of students and Mary totally agreed.  Looking through the images from the students I noticed there had been a lot of colours and rainbows, but also, a lot of the work showed simply, the students themselves.

Mary said that the school’s strength was in its diversity of students.  So we went for the story of “The Children of Lír”. (See below for the full story.) I wanted to capture the idea of the transformation; the children growing up preparing for secondary school.  I used an explosion of feathers, water and colour to drive home the impact of the children’s metamorphosis.

I started sketching out the ideas digitally, and once Mary was happy with the final design, myself and Mary decided on the paints for the mural together and I got started ASAP!

Because it was an open space and we were in the wet miserable month of October, weather was our biggest issue.  We would check the weather forecast each day and have to jump on any day we had good weather.  Painting on bad days gave the paint no time to dry and I would return to find a dripping mural the next day.

Luckily we found a nice streak of good days in the end and got the painting wrapped up nicely!

The highlight of this job had to be the students. I was wonderful looking through their drawings and suggestions.  having Mary show the original designs to the student’s council to get the “A-OK”, and simply having them pass by each day to observe the work taking place.

I feel that due to the amount of engagement the students had in the creation of the mural, it really made the entire piece so much more personal to them.  It is a piece by a students, for the students and something that they all took part in, and hopefully something they will always remember.

This was an incredibly rewarding project to undergo. Mary was so easy to work with as were the staff. Everyone was incredibly welcoming and brought a lot of joy to my day.

It was lovely to return to my old school and leave something special behind. I wish the staff and all of the students the very best and hope bright futures lie ahead for everyone at Caherleaheen N.S! 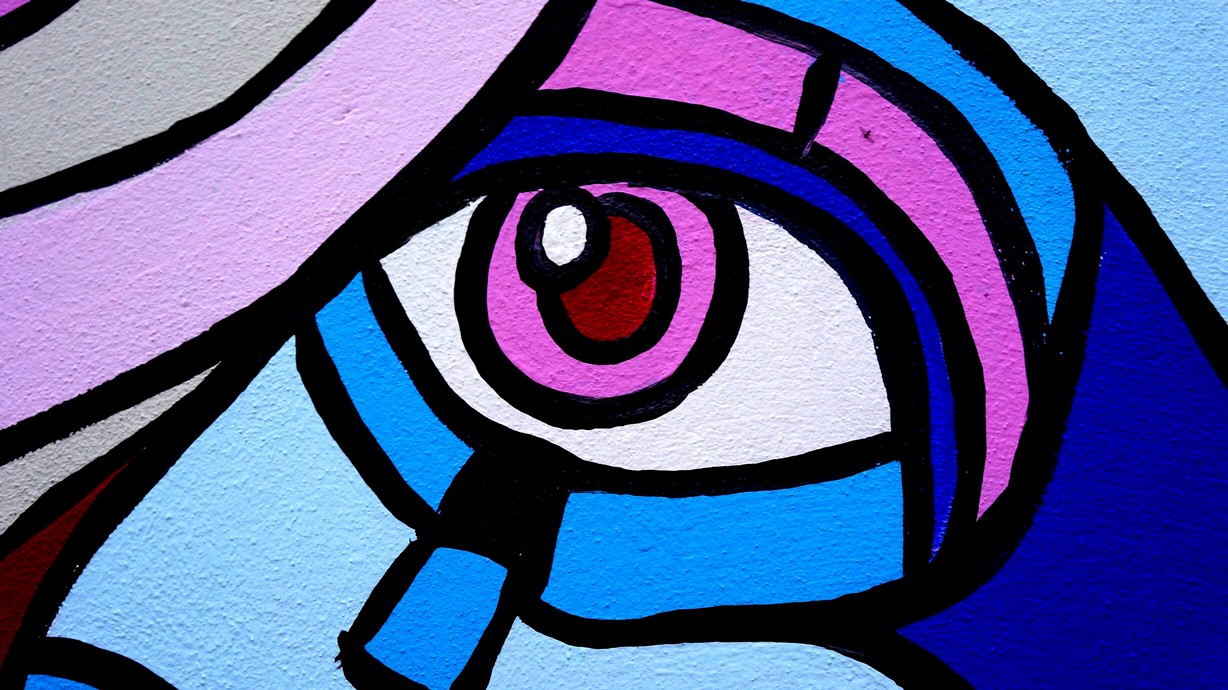 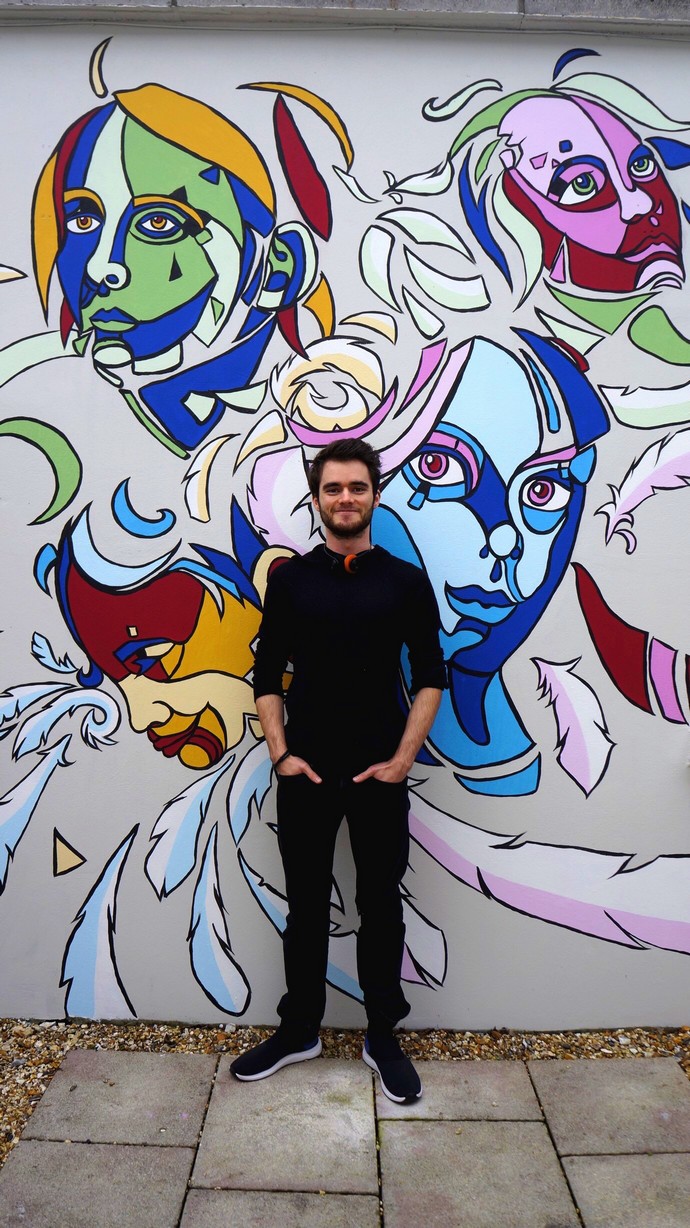 The Story: Children of Lír

The Story of the Children of Lír begins with the ruler of the sea, Lír who has just lost his wife and was left with their 4 children.  They were all incredibly sad, so the king eventually remarried to a lady called Aoife (a magical witch…but we’ll get to that.)

Aoife loved the children and Lir at first, but soon she became very jealous of the time that King spent with Aodh, Fionnula, Fiachra, and Conn. She wanted to have all of his attention for herself. One day, she took children to swim in a lake while the sun was hot in the sky. When they got there and children took to the water, Aoife used her powers to cast a spell over children, which would turn them all into beautiful swans.

(She knew that if she killed children, their ghosts would haunt her forever, so instead, she cast this spell, forcing them to live as swans for 900 years. (That seemed like enough time.)

This tale has many iterations, as do most myths, but in the one that I know, the king’s daughter Fionnula, escaped the spell. She then gathered every thistle in Ireland and made cloaks for her siblings from the thistles.  When she wrapped her siblings up in these blankets they would turn back into swans.  But she missed a few thistles and one of the cloaks were not big enough and so one of her brothers arms remained a swan wing. 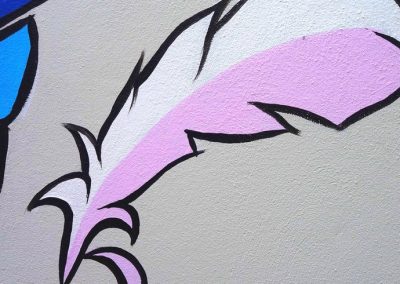 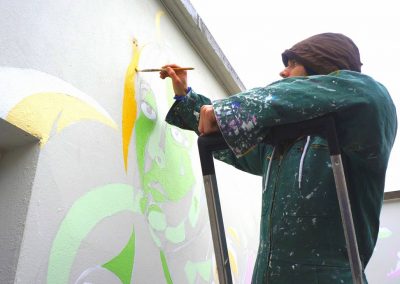 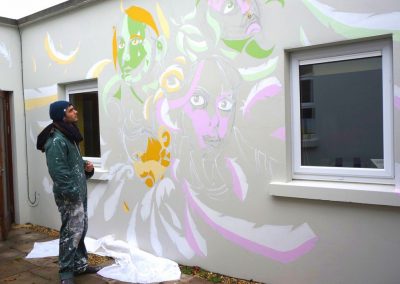 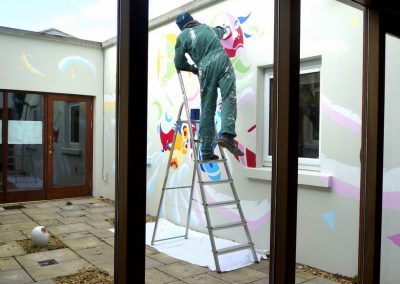 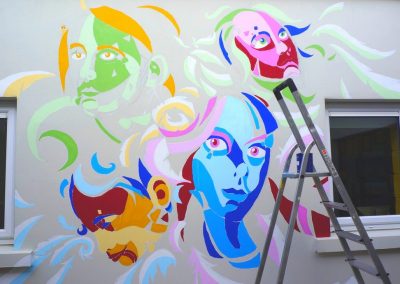 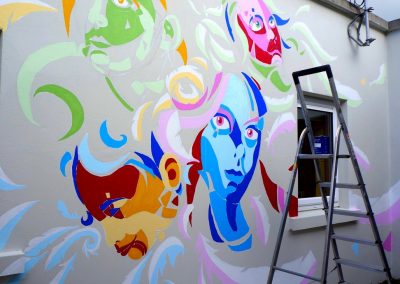 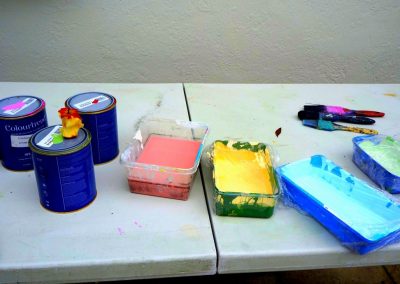 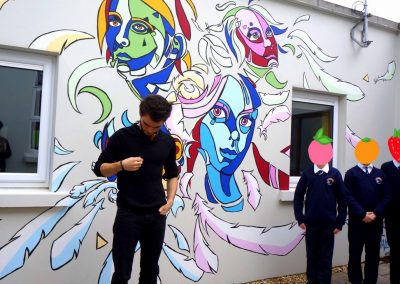 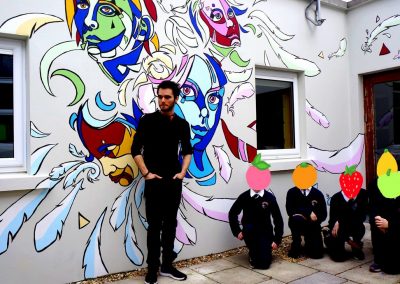 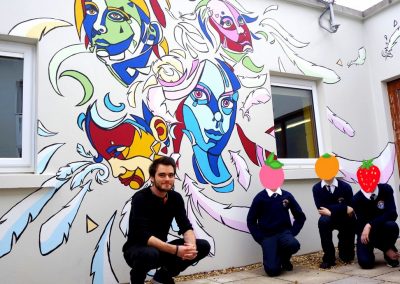 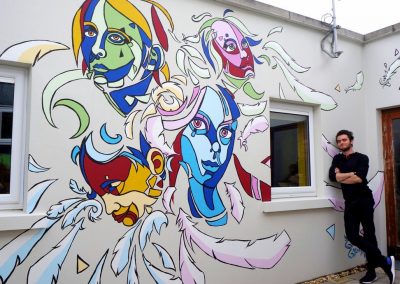 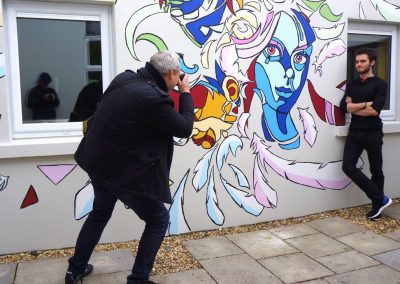 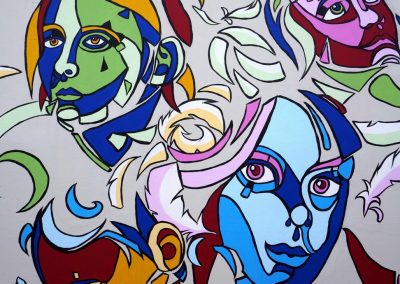 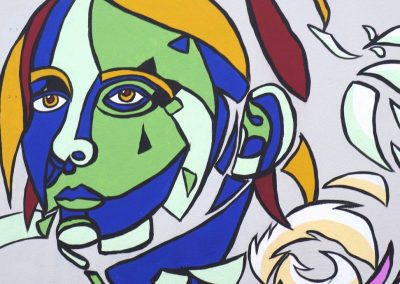 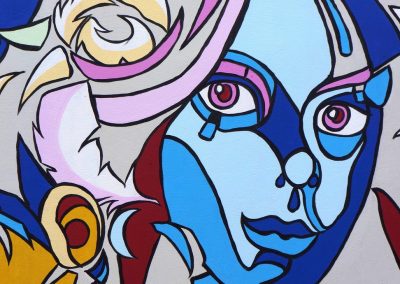 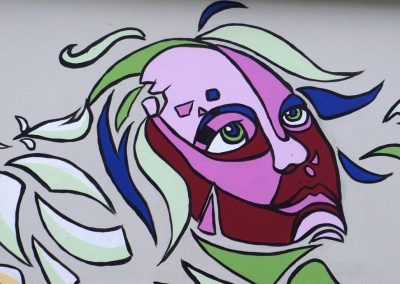 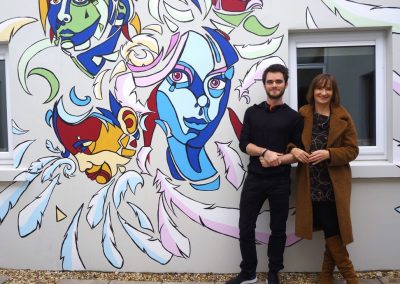 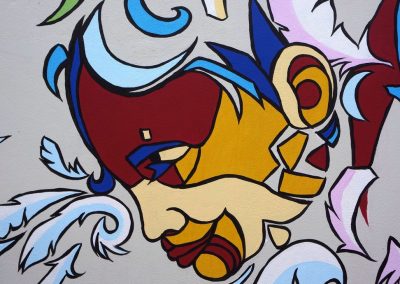 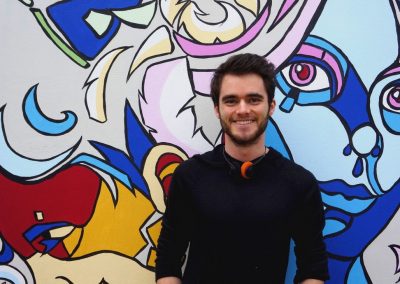 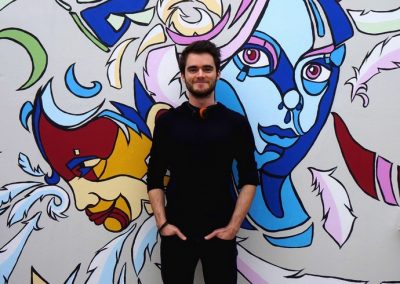 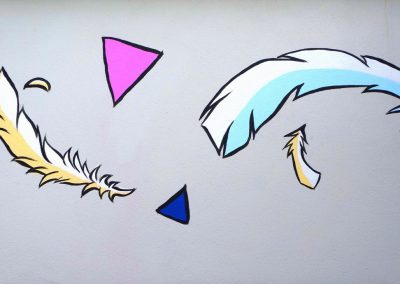 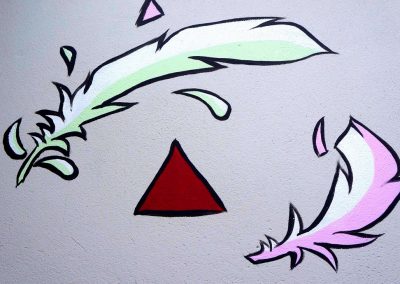 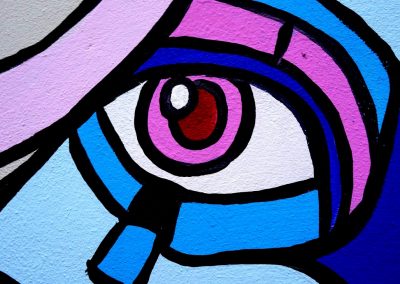 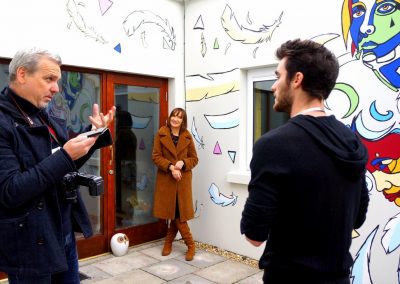 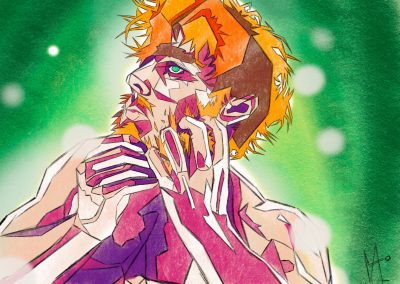